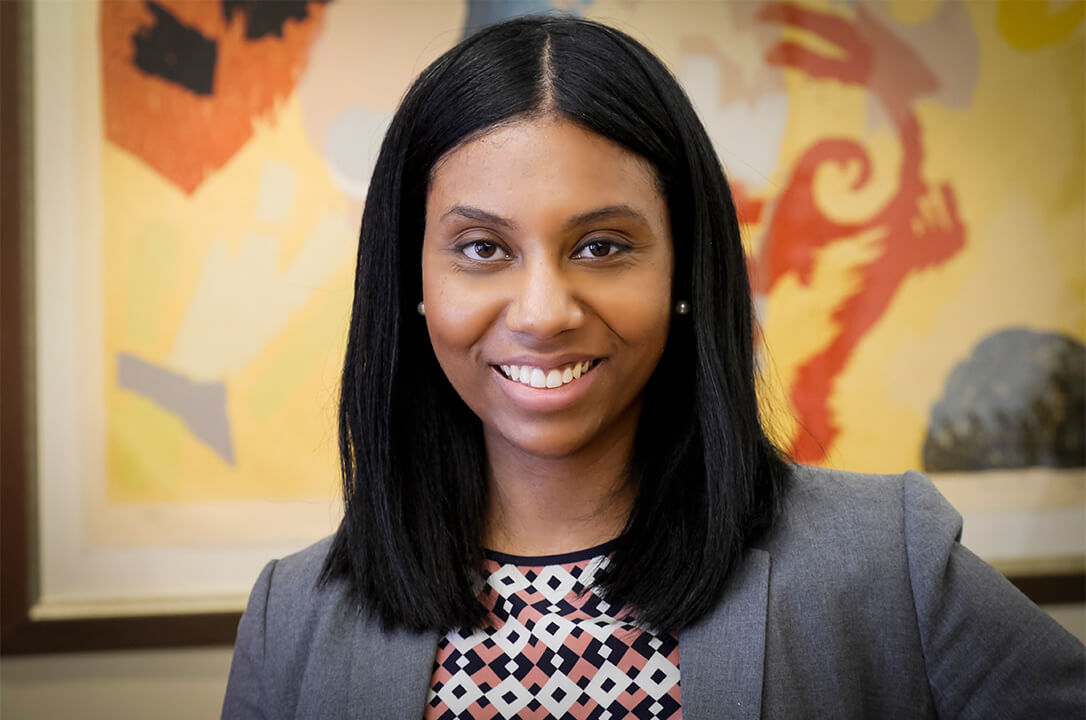 The way to right wrongs is to turn the light of truth upon them.”—Ida B. Wells

At Brown, Goldstein & Levy, Chelsea has worked on some of the largest wrongful conviction and police misconduct cases in the State of Maryland. In 2021, she obtained a $6.5 million settlement on behalf of the family of Eric Sopp, an unarmed man in distress who was shot and killed by a Baltimore County police officer. It was one of the largest settlements in State and County history. In 2020, she helped obtain a nearly $8 million settlement for two men who were wrongfully convicted and imprisoned after plainclothes Baltimore Police Department officers planted drugs in their car. In 2018, she was part of a team that obtained a $9 million settlement on behalf of man who was wrongfully convicted and incarcerated for 21 years after Baltimore homicide detectives concealed exculpatory evidence.

A former journalist covering daily news, Chelsea brings a passion for storytelling to every case. Chelsea has experience practicing before administrative agencies, courts across Maryland and in the District of Columbia, and in federal courts nationwide.

During law school, Chelsea served as the Executive Articles Editor of the University of Maryland Law Journal of Race, Religion, Gender and Class, Vice-President of the Black Law Students Association, and member of the law school’s National Moot Court Team. Chelsea received the 2013 Elizabeth Maxwell Carroll Chesnut Prize, known as the “Dean’s Award,” for her scholarship, personal drive, and excellence in writing and was awarded Order of the Barristers.

Before law school, Chelsea spent several years working in broadcast news. She began her career at KYW-TV in Philadelphia, where she worked the news desk. She later joined National Public Radio’s flagship afternoon program, All Things Considered, as an Assistant Editor.

Chelsea is active in several bar associations and organizations in Maryland. She is Co-Chair of the Leadership Committee member for the Maryland Volunteer Lawyers Service’s Community Advocacy Network and a member of the Executive Board of the Alliance of Black Women Attorneys of Maryland. Previously, she served on the Young Lawyers Section Council of the Maryland State Bar Association and the Executive Board of the Monumental City Bar Association, the oldest and largest specialty bar association in Baltimore City.