Chelsea Crawford and Neel Lalchandani attended the 2022 Innocence Network Conference in Phoenix, Arizona on April 7– 9. The conference brings together exonerees and their families, advocates, and others who work to free the innocent, prevent wrongful convictions, and provide post-release support. This year’s attendees also included some of Chelsea’s and Neel’s exonerated clients, making it especially meaningful. It was the Innocence Network’s first in-person conference since 2019 and thereby the first opportunity for several of BGL’s exonerated clients to attend a networking event of this type since their release. 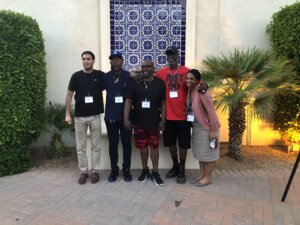 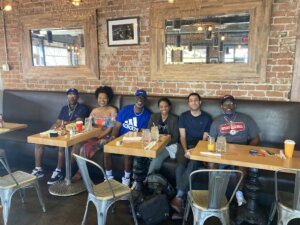 The conference theme, “Rising Up,” featured panel discussions and workshops related to various topics, including: the use of databases to aid in case investigations, the ethics of relying on unreliable forensic science in exonerations, and utilizing a police officer’s history of misconduct in mass exonerations. Chelsea and Neel attended panel discussions, networked with wrongful conviction attorneys in Maryland and beyond, and spent quality time with BGL’s exonerated clients.

Neel Lalchandani represents individuals, nonprofits, and companies in a diverse array of civil rights and commercial matters. Among other victories for his clients, Neel has helped secure several of the largest payments in Maryland history for victims of police misconduct, including over $10 million in state compensation on behalf of innocent men imprisoned for crimes they did not commit. Because of Neel’s depth of experience, he has been appointed as an adjunct faculty member at the Georgetown University Law Center to teach a semester-long seminar on wrongful convictions.