Signs that your marriage is headed for divorce. 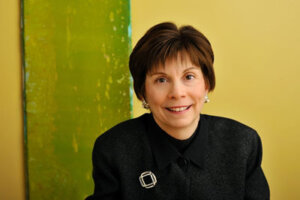 What do you think of when you imagine a marriage on the rocks? A massive blow-up argument with raised voices and high conflict? Or perhaps a cheating scandal being unveiled in dramatic fashion? While these are often the first scenarios that spring to mind for people, such incidences are usually just the climax of a drawn-out series of smaller conflicts that, left unaddressed, damaged the relationship over time. Large-scale, heated arguments may certainly occur in marriage breakdowns, but there are usually other indicators of trouble. Below are some indicators that your marriage may be headed for destruction.

1. The Four Horsemen of the Apocalypse

A marriage will often break down not because of the conflict over issues in the relationship, but rather, how such issues are discussed between partners. Dr. John Gottman of the Gottman Institute identifies Four Horsemen of the Apocalypse that spell the end for a relationship: criticism, contempt, defensiveness, and stonewalling. Criticism that goes beyond critiquing or complaining, and attacks one’s character can pose a serious risk to a couple’s relationship. Contempt – which Gottman believes to be the number one predictor of divorce – is characterized by disrespect, harsh language, and overall hostility. Defensiveness is usually a reaction to criticism, but it too harms a relationship by pushing the blame for an event or situation back onto the other partner. Stonewalling – a response to contempt – occurs when a partner shuts down and withdraws from the situation by setting up a wall between themself and their partner. This “checking out” stage is likely to then lead to a feeling of apathy in the relationship, followed by a desire for separation or divorce.

Luckily, Gottman suggests antidotes to each of these pitfalls. Instead of criticizing your spouse, Gottman suggests a “gentle start-up” conversation about your concerns without blaming your partner to reduce the likelihood of your partner becoming defensive. Defensiveness also can be reduced by taking accountability, apologizing for any wrongdoing, and understanding your partner’s point-of-view. Contempt can be avoided by cultivating a positive perspective within your relationship where both partners make an active effort to maintain positive attitudes about each other and discount the negatives. Lastly, stonewalling can be mitigated by self-soothing. Because stonewalling will occur once stress has reached a peak point, it is important to stop the conversation and focus on de-stressing. To self-soothe, both partners must agree to pause the conversation, calm themselves, and return to the issue later with a clear head and lower heart rate. Both partners must put these practices in place to improve communications in the relationship. If this is not the case, the relationship may be on the path towards separation and divorce.

Sometimes, the words left unsaid speak the loudest. Many marriages will end not because of constant bickering and arguing, but instead when one or both partners in a relationship avoid the stress of conflict altogether. Usually, partners will avoid conflict when they believe their other partner is unable to handle difficult conversations in a mature and reasonable manner. Studies have shown that the more conflict is avoided in a relationship, the less secure partners feel in their relationship as a whole. Avoiding conflict can also lead to a breakdown in communication, which is essential to maintain a healthy relationship.

3. Repeated arguments about the same issues

Many couples will have arguments over the same things. These could be benign (division of chore responsibilities) to severe (disagreements over spending habits) and beyond. These repeat arguments can function like an iceberg: although the argument may be about whose turn it is to do the dishes, the root causes of the argument can often be deep beneath the surface. If left unaddressed, these arguments can also lead to trouble on the horizon for a relationship. There are several reasons that these arguments can keep surfacing, either from a desire to continually be right by one or both partners to the reemergence of past grudges and emotional wounds that erodes the security of the relationship. When old wounds are triggered and brought back to the surface, new and deeper wounds can build upon them until one or both partners want to separate from the relationship altogether. This cycle, however, can be broken by using tactics such as not placing unrealistic expectations on your partner, reframing your perspective of the issue, and trying to understand your partner’s perspective in future discussions of the issue.

In the lead-up to a divorce, some partners may demonstrate a sudden, unfamiliar change in their behavior. Usually this occurs after a relationship has entered a stage of apathy by one or both partners.  Behavior changes, such as your partner suddenly becomes more interested in improving their appearance, either ignores or doubles down on the existing sex life, or changes their spending habits, could all potentially be signs of a separation on the horizon. Instances of financial infidelity, such as hiding purchases, bank accounts, or debt, can also be a sign that the relationship is heading in the wrong direction.

5. Unwillingness to change by one or both partners

Many of the issues described above could be resolved by a conscious effort by both partners to improve communication habits and promote a positive environment. However, when one or both partners demonstrate an unwillingness to compromise on communication, conflict management, spending habits, etc., the issues harming the relationship are unlikely to be resolved. When these issues are left unresolved, it may be an indication to let go of the relationship. If the unresolved issues are great enough that the relationship is compromised, it is important to practice wellness and prioritize your health and happiness, even if that means leaving the relationship.

Of course, these scenarios are not a guarantee that your marriage is headed for divorce. However, if left unaddressed, these are all indicators that a divorce may be in your future. In the event of a divorce, it’s important that you are prepared and informed. You need an experienced family law attorney who will ensure your needs and desires are kept front and center throughout the divorce process. Dana McKee is an award-winning family law attorney who has assisted many clients through painful divorces and bitter custody battles. She believes that her role is not only as her client’s advocate and legal counselor, but part of her client’s support system; a person who her clients can trust for honest and sound advice. If you are considering a separation or divorce from your spouse and need a legal expert on which to lean, or any other matter that requires a family law attorney with a proven track record dealing with difficult and complex cases, please call Dana McKee at (410) 962-1030 for a consultation today.