Appellate Court affirms protections for transgender individuals under the ADA. 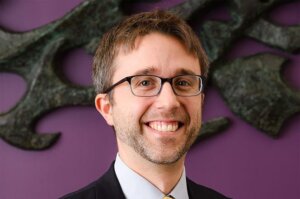 The lawsuit, Williams v. Kincaid, concerned Ms. Kesha Williams, a transgender woman who, while incarcerated in Virginia, was forced to reside in men’s housing even though she identified as female.  While incarcerated, Ms. Williams not only faced harassment by (male) inmates and prison deputies but also suffered delays in getting treatment for her gender dysphoria.  According to the American Psychiatric Association, gender dysphoria “refers to psychological distress that results from an incongruence between one’s sex assigned at birth and one’s gender identity.”  Many, but not all, transgender individuals experience gender dysphoria.

After she was released from prison, Ms. Williams filed a lawsuit, alleging a violation of the Americans with Disabilities Act (ADA).  The ADA prohibits discrimination against a person on the basis of that person’s disability, including discrimination by “public entities” like prisons, schools, state-run hospitals, and state governments.  Although the ADA defines “disability” broadly to include both physical and mental health disabilities, the statute also excludes from the definition of “disability”—and therefore from the statute’s protections—“gender identity disorders not resulting from physical impairments.”  Although the statute does not define “gender identity disorders” (and does not mention gender dysphoria), the trial court had held that the exclusion applied to Ms. Williams’ gender dysphoria and barred her ADA claim.

The Fourth Circuit rejected the trial court’s analysis and affirmed that gender dysphoria is indeed covered by Title II of the ADA, meaning that schools, prisons, and other “public entities” generally cannot discriminate against a person on the basis of that person’s gender dysphoria (or other mental health disability).

A new paper published in the journal Health Affairs this month provides further support for the American Medical Association’s conclusions.  That paper affirms that transgender adults suffer poorer health outcomes than their cisgender counterparts, due at least in part to the discrimination and stigma transgender individuals face.  That paper also finds that transgender adults are more likely to report having a disability than their cisgender counterparts.

The Americans with Disabilities Act is one legal tool to help protect the rights of transgender individuals with disabilities, but it is not the only one.  As the Fourth Circuit previously explained in a case called Grimm v. Gloucester County School Board, Title IX of the Education Amendments of 1972 prohibits discrimination against transgender individuals in education programs or activities that receive federal financial assistance.  A third federal law, Title VII of the Civil Rights Act of 1964, protects transgender individuals in the workplace—as the Supreme Court explained in a 2020 case known as Bostock v. Clayton County.  State laws can offer further protections.  Maryland law, for instance, prohibits owners or employees of places of “public accommodation” (restaurants, hotels, etc.) and employers from discriminating against individuals on the basis of “gender identity” or “disability.”

The attorneys at Brown, Goldstein & Levy have deep experience assisting transgender clients who have faced discrimination as part of our LGBTQ+ practice.  We represent transgender individuals in all areas of the law, including employment, family, insurance coverage, and criminal defense.  When doing so, we draw on decades of experience litigating civil rights cases, including cases in which we represent individuals with mental health disabilities as part of our nationally-recognized disability rights practice.  We are also proud to partner with other organizations to advocate for LGBTQ+ equality in the law and to shape policy. We are dedicated to advancing the rights and full equality of the LGBTQ+ community.

If you are a transgender individual or an individual with a mental health disability and believe you have suffered discrimination, or if you have questions about your rights, consider contacting us to discuss your situation.