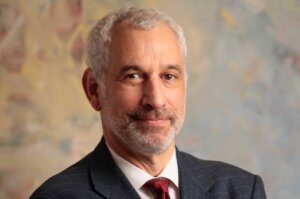 More Black candidates are running for Baltimore County Council than ever before following a key win for voting rights in a 2021 federal lawsuit, The Baltimore Sun reports. Brown, Goldstein & Levy partner Andy Freeman was part of a team of attorneys representing civil rights organizations, county residents, and a Maryland state senator in the lawsuit, which argued that a redistricting map adopted by the Council violated the federal Voting Rights Act by packing too many Black voters into one district and not creating a second district with a meaningful opportunity for Black voters to elect the candidate of their choice. The County’s original redistricting map was struck down in early 2022 by U.S. District Court Judge Lydia Kay Griggsby. Click here for full coverage from The Baltimore Sun.

This year, Black candidates are running in five of the seven voting districts in Baltimore County – an unprecedented number in the County’s history. In the 2nd District, Tony Fugett, former head of the County NAACP and a plaintiff in the 2021 lawsuit, is running in the Democratic primary against incumbent Izzy Patoka, who has held the office since 2018. The 2nd District was central to the lawsuit. Following the case, the County modified its maps once again, which increased the district’s Black voting-age population from 31% to 41%.

Black voters make up approximately a third of the Baltimore County population and people of color almost half, but the County Council has kept six out of seven districts majority white.  The lawsuit argued that the County packed an excessive number of Black voters into the 4th District “to limit their influence in other parts of the county.” Andy and his team represented seven Black County residents, the Baltimore County NAACP, Common Cause Maryland, and the League of Women Voters of Baltimore County in the suit. Despite the win, the plaintiffs believe there is still work to be done.

Andy told The Sun, “We hope that Baltimore County voters will buck the trend of [racially polarized voting] and that white voters will vote for well-qualified Black candidates, but the proof will be in the pudding in this election.”

Read the full story from The Baltimore Sun here.

Read our previous coverage of the lawsuit here.

Andy Freeman is known for obtaining justice for his clients. He has won numerous verdicts, judgments, and settlements of millions, tens of millions, and in one case, over a billion dollars by mastering the relevant law and getting to know his clients, their problems, and the evidence in their cases. Other lawyers bring Andy cases that present complicated combinations of law and facts or that require making new law.