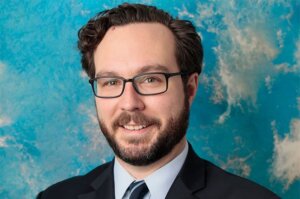 Lawdragon includes only the very best of the nation’s attorneys who have devoted their careers to fighting for individuals’ rights in the workplace and society in its 500 Leading Plaintiff Employment & Civil Rights Lawyers list. Lawyers are chosen based on rigorous research, nominations, and journalistic vetting.

Kevin is well-versed in handling a wide range of employment disputes. He has represented executives separating from large corporations to line workers who have been discriminated against by their employers. A large portion of Kevin’s employment practice has focused on representing workers with disabilities employed by sheltered workshops where they receive sub-minimum wages. Since 2015, Kevin, along with a team of attorneys at Brown Goldstein & Levy, has represented three individuals in Ohio who were among the first to successfully challenge their receipt of sub-minimum wages in an administrative proceeding before the United States Department of Labor.

Kevin has also been honored as one of Super Lawyers’ Maryland Rising Stars list each year since 2017, recognition only 2.5 percent of the attorneys in Maryland earn. He was also named to the Best Lawyers in America: Ones to Watch list for Personal Injury Litigation – Plaintiffs for 2022 and 2021.

Kevin sits on the firm’s Diversity and Inclusion Committee and is an active member of the Maryland legal community. Kevin has served on the Board of Directors for the Maryland Chapter of the Federal Bar Association and the Homeless Persons Representation Project, Inc. since 2015 and 2019 respectively.

Lawdragon is a legal media company that provides online news and editorial features, including its well-known guides to the nation’s leading lawyers.