Joshua Treem attends and speaks at 2022 NORML Legal Seminar. One of 17 presenters from across the country providing legal insight. 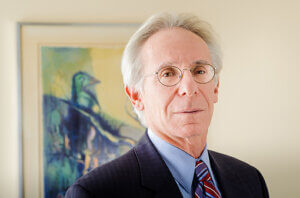 Joshua Treem, partner at Brown, Goldstein & Levy, was one of several speakers at the 2022 NORML Aspen Legal Seminar, hosted from June 2 to June 4. Joshua delivered a 50-minute talk entitled, “Surviving an Overreaching Prosecutor: What Happens When the Prosecutor Indicts the Defense Attorney.” He spoke of his recent experience in Federal Court of Maryland of being indicted, tried, and acquitted after a jury trial on obstruction of justice charges based upon his vigorous representation of a client, also an attorney who was under investigation.

The National Organization for the Reform of Marijuana Laws (NORML) is a Washington D.C.-based non-profit organization with the goal of moving public opinion toward legalizing responsible marijuana use by adults and advocating for summers to have access to high-quality, safe, convenient, and affordable marijuana products. Founded in 1970, the organization is also in favor of ending the practice of arresting marijuana consumers.

Joshua represents individual and corporate clients in a broad spectrum of legal matters. He appears frequently in state and federal courts across Maryland and neighboring jurisdictions in cases involving every facet of criminal investigations and prosecutions. He is particularly well known for his aggressive representation of individuals, including public officials, lobbyists, and high-level state administrators, as well as businesses, in state and federal criminal investigations and grand jury proceedings.