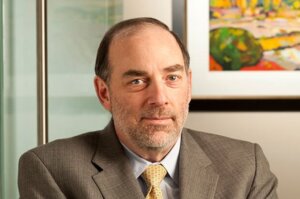 Andrew Levy, partner at Brown, Goldstein & Levy has earned a place on the 2022 Chambers USA list, ranked in the categories “Litigation: General Commercial” and “Litigation: Appellate” in Maryland.

Andrew is widely regarded as one of Maryland’s premier trial and appellate lawyers, equally comfortable in civil and criminal courtrooms, before a jury, judge, or arbitrator. He is a Fellow of both the American College of Trial Lawyers and the American Academy of Appellate Lawyers, one of the few lawyers in the country to have been inducted as a Fellow of both organizations. He is listed in Best Lawyers in America in nine categories including Appellate Practice and Bet-the-Company Litigation. He is co-editor of the leading Maryland appellate treatise, “Appellate Practice for the Maryland Lawyer: State and Federal (MSBA), currently in its fifth edition (with a sixth edition scheduled for publication early next year), and the Maryland Courtroom Evidence Manual (LexisNexis).

Headquartered in London, United Kingdom, Chambers and Partners produces international rankings for the legal industry. Their rankings are often referred to as the “gold standard” of insight into the world’s leading lawyers, based on findings by an independent and experienced team of legal researchers.

Founded in 1982, Brown, Goldstein & Levy provides the highest quality legal services to a broad range of clients, without sacrificing our deep sense of community and social responsibility. By elevating our clients’ voices and fighting for their rights, we seek to bring about a more just world – sometimes one dispute at a time, sometimes through systemic change.