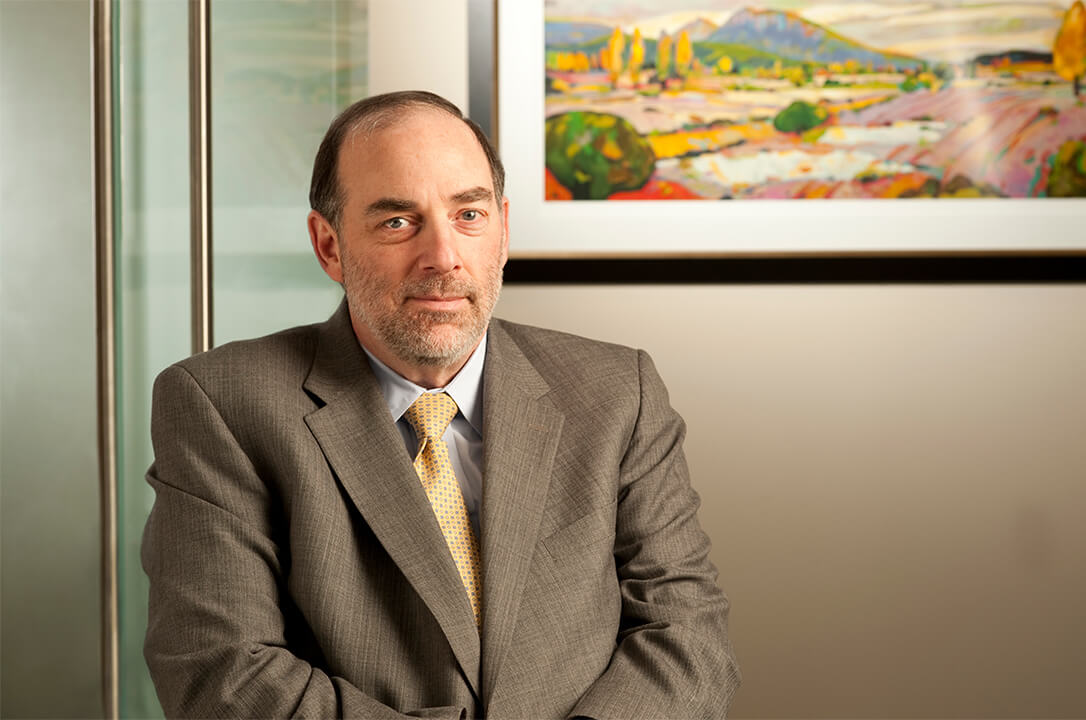 Andy Levy is widely regarded as one of Maryland’s premier trial and appellate lawyers, equally comfortable in civil and criminal courtrooms, before a jury, judge, or arbitrator. He is a Fellow of both the American College of Trial Lawyers and the American Academy of Appellate Lawyers, one of the few lawyers in the country to have been inducted as a Fellow of both organizations. He is listed in Best Lawyers in America in eight categories: Appellate Practice, Bet-the-Company Litigation, Civil Rights Law, Commercial Litigation, Criminal Defense – White-Collar, Mass Tort Litigation/Class Actions – Plaintiffs, Labor & Employment Litigation, and Real Estate Litigation.

Andy’s practice includes most kinds of civil and criminal litigation. His civil practice focuses on commercial, employment, and real estate litigation of all kinds, as well as personal injury and professional malpractice cases. Andy also has significant experience representing senior executives in employment-related matters, health care providers and other professionals in administrative licensure proceedings, and students and faculty members in academic disciplinary matters. His criminal defense practice is similarly diverse, involving everything from the federal death penalty and fraud cases to representation of witnesses and potential defendants during grand jury investigations to state felonies and serious traffic matters such as DWI.

The diversity of Andy’s law practice is reflected in the variety of courses he has taught as a long-time member of the University of Maryland School of Law’s adjunct faculty, including Torts, Criminal Law, Evidence, Civil Procedure, Trial Practice, and Appellate Advocacy. Andy has been voted Outstanding Adjunct Teacher of the Year three times: the 2007–2008 term (during which he taught Criminal Law), and the 2008–2009 and 2009–2010 terms (when he taught Torts). He has also taught Constitutional Law at Stevenson University. Andy is also a member of the adjunct faculty of the University of Baltimore School of Law and a faculty member of the Judicial College of Maryland, where he lectures on legal issues to Maryland judges.

Some of the work of which Andy is most proud is his advocacy for fair housing. Through the years, Andy has acted as counsel in efforts to establish group homes for persons with disabilities in the face of active community resistance. He was lead counsel in the landmark Potomac Group Home case, which led directly to the elimination of state and local laws requiring neighbor notification and public hearings prior to the opening of such homes. He obtained the first judgment in the country under the design & construction requirements of the Fair Housing Amendments Act in the Baltimore Neighborhoods v. Rommel Builders and LOB, Inc. series of cases.

Andy is a former Chair of the Maryland State Bar Association Criminal Law Section, the 2011 winner of The Daily Record‘s Leadership in Law Award, and among Maryland’s Top 10 Super Lawyers.