Fiddling while Rome burns: Celebrating the birth of the ADA while the Supreme Court erodes its protections. 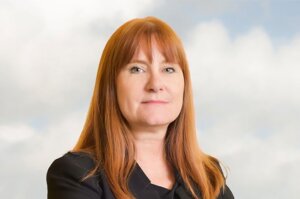 As we celebrate the 32nd anniversary of the Americans with Disabilities Act (ADA) and the many ways people with disabilities have made progress toward equality, the Supreme Court has used its 2022 term to issue two key decisions that undermine the disability rights laws that have made this progress possible.

In Cummings v. Premier Rehab, the Supreme Court held that individuals who experience discrimination at the hands of a federally funded entity cannot recover monetary damages for their emotional distress. Rather, they can only recover contract-type damages, such as out-of-pocket expenses.

Cummings involved a Texas woman who is deaf and legally blind. She sought physical therapy from Premier Rehab and requested a sign language interpreter, but Premier refused to grant the request. Cummings sued Premier, alleging that the company’s refusal to provide an interpreter was discrimination under Section 504 of the Rehabilitation Act (Section 504) and Section 1557 of the Affordable Care Act because Premier receives federal funding through Medicare and Medicaid reimbursements. The Supreme Court upheld the dismissal of Cummings’s case, concluding that she could not be compensated for the embarrassment, anguish, and frustration she experienced because of Premier’s refusal to provide her equal access to healthcare.

The Cummings decision is a devastating blow to people with disabilities. This decision means hospitals, colleges, and police who discriminate on the basis of disability—even blatantly and hatefully—will suffer no consequences for the humiliation, oppression, and suffering they cause.

But this holding is not limited to disability discrimination. Recipients of federal funds are also prohibited from discriminating on the basis of race and national origin under Title VI of the Civil Rights Act and, for educational institutions, prohibited from sex discrimination and sexual harassment under Title IX of the Education Amendments Act. This means that a victim of sexual assault on a college campus would have no right to monetary compensation if an institution blatantly ignored an allegation of sexual assault. In short, the impacts of the Court’s decision are staggering.

Later in the term, the Supreme Court again struck out at core civil rights principles in Carson v. Makin. There, the Court held that it is unconstitutional for a state to refuse to give tuition funding to religious schools if it provides tuition assistance to private schools for public education. Thus, even if the funding would be used explicitly for religious instruction, the state has no ability to limit such funding. In other words, the Court has opened the door for federal taxpayer dollars to pay for purely religious instruction.

The Court’s decision in Carson does not address how the nondiscrimination requirements that generally follow such funding will be applied to religious entities who are typically not subject to those requirements. For example, while the Individuals with Disabilities Education Act (IDEA) requires federally-funded public schools to provide special education services to students with disabilities, it does not require such services for students who are parentally-placed in private schools through tuition assistance or vouchers—even if those vouchers are federally funded. Therefore, even though the funding flows to the private school, it is not bound by the same obligations to provide special education services because that obligation stops at the public school.

Moreover, as a state is now required to provide federal funding to private religious schools, will those schools be required to accept students with disabilities because the schools are indirect recipients of federal funding through the state and the parent? Or will they be permitted to discriminate as if they were not receiving federal funding? Does the involvement of parental choice break the funding chain? Will such private religious institutions now be able to accept federal funding while turning away LGBTQ+ students, girls, or people of color? The question doesn’t matter as much for private nonreligious schools because they are covered by the ADA and state antidiscrimination laws, but religious private schools are explicitly exempt from the ADA and are typically exempt from state laws.

The Court’s rulings leave us with more questions than answers, but what is clear from these holdings is that the rights of the disability community, women, LGBTQ+ people, and people of color all hang in the balance. And what is even clearer is that many of the landmark pieces of legislation that we celebrate are being systematically dismantled before our very eyes while the tune plays on.