Defending the right to reproductive health care: Maryland expands abortion access in the wake of the Supreme Court’s Dobbs ruling. 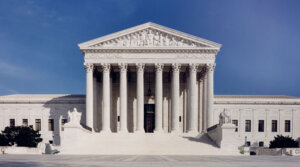 After the Supreme Court, in Dobbs v. Jackson Women’s Health Organization, overruled Roe v. Wade and concluded there is no constitutional right to an abortion, Maryland policymakers are trying to ensure that Marylanders nonetheless have access to abortion services.

With the Dobbs ruling, abortions are not automatically illegal—the Court ruled only that no constitutional right to abortion exists.  Maryland allows abortions under Md. Code Ann., Health-Gen. § 20‑209(b). That statute provides that the State may not interfere with a women’s decision to terminate a pregnancy before a fetus is viable.  The statute further provides that, at any point during a pregnancy, an abortion is legal if (1) it is to protect the life or health of the mother, or (2) the fetus has a genetic defect or serious deformity or abnormality.

This summer, Maryland expanded abortion rights within its borders.  Effective July 1, 2022, an abortion does not have to be performed by a licensed physician.  Instead, physician assistants, nurse practitioners, and midwives can now perform abortions if they have proper training on abortion procedures.  The legislation, known as the Abortion Care Access Act, also created the Abortion Care Clinical Training Program, which aims to expand the number of healthcare professionals with such abortion training.  To achieve this goal, Maryland has budgeted $3.5 million to this new training program annually.

Maryland’s expansion of the types of healthcare workers that can provide abortions is especially significant given that some nearby states have tightened abortion restrictions.  West Virginia and Ohio, for example, currently ban abortion after 20 and 6 weeks, respectively, and have other restrictions, such as a 24-hour waiting period.  It is possible that pregnant people from West Virginia, Ohio, and other states may travel to Maryland to receive abortions if their pregnancy has progressed too far for them to legally receive an abortion in their home state.

Although Maryland’s new statute focuses on surgical abortions, in which a healthcare provider operates on a pregnant person in order to terminate the pregnancy, surgery is not the only option.  In so-called medical abortions, a person uses medication to end a pregnancy.  The Food and Drug Administration has approved medical abortions that are a combination of oral mifepristone and oral misoprostol during the first ten weeks of a pregnancy.

At Brown Goldstein & Levy, we condemn the Dobbs decision, because we believe everyone deserves the right to bodily autonomy, privacy, and to make their own choices about essential health care.  Our firm is proud of its track record defending the fundamental right to abortion care and providers performing this critical work.  We will continue the fight and will stand in solidarity with those most impacted by the Dobbs decision, including women of color, those of limited financial means, and incarcerated individuals, as well as organizations that have been working to ensure access to abortion for decades.  Earlier this year, we donated $10,000 to the Baltimore Abortion Fund (BAF), an organization that provides financial assistance and practical support to individuals who live in or travel to Maryland for abortion care.  We are proud to support BAF’s critical work and will continue to seek out ways to support abortion access.

Our special thanks to Rebecca Driver, BGL summer associate, who researched and substantially drafted this blog post. At the time of publication, Rebecca is a third-year law student at the Maryland Francis King Carey School of Law, where she serves as the notes and comment editor of the University of Maryland Journal of Business & Technology Law. Previously, Rebecca worked at the U.S. Department of Justice, Federal Emergency Management Agency, and the International Rescue Committee.