At Long Last, the Court of Appeals Adopts the Daubert Standard 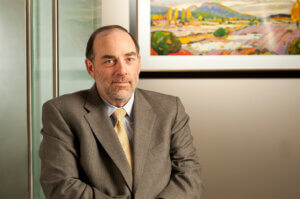 In Rochkind, the Court of Appeals voted 4-3 to abandon the Frye-Reed test’s sole and dispositive reliance on general acceptance in the relevant scientific community, replacing it with nearly a dozen factors harvested from Daubert and its extensive progeny.  After Rochkind, it is now the law in Maryland that a court considering whether to admit expert scientific opinion should consider factors including, but expressly not limited to:

Rochkind v. Stevenson, ___ Md. ___ (8-28-20).  Judge Getty wrote the opinion for the Court, joined by Judge McDonald and the Court’s two newest members, Judges Booth and Biran. Judge Watts wrote adissernting opinion, joined by Judges Hotten and Greene. Judge Greene sat in place of Chief Judge Barbera, but it is unlikely this affected anything but the final tally, since Chief Judge Barbera had joined Judge Adkins’ concurrence in Savage and almost certainly would have voted to join Judge Getty’s opinion.

The extent to which the adoption of the Daubert standard will change the result in many cases is questionable in view of the fact that “[i]n the forty years that followed Reed, Maryland experienced a jurisprudential drift: the Frye–Reed standard announced in 1978 slowly morphed into a “Frye–Reed standard, implicitly and explicitly relying on and adopting several Daubert principles.” Rochkind v. Stevenson, ___ Md. ___, Slip. Op. at 1 (8-28-20). Nonetheless, in light of Maryland’s reliance on the Frye-Reed test over many years in dozens (if not hundreds) of published opinions, trial courts and advocates would be wise to exercise caution before relying on existing case law in this oft-litigated area.  No doubt, the Court of Appeals will be kept busy in future years conforming the considerable body of existing case law to the new Daubert regime.