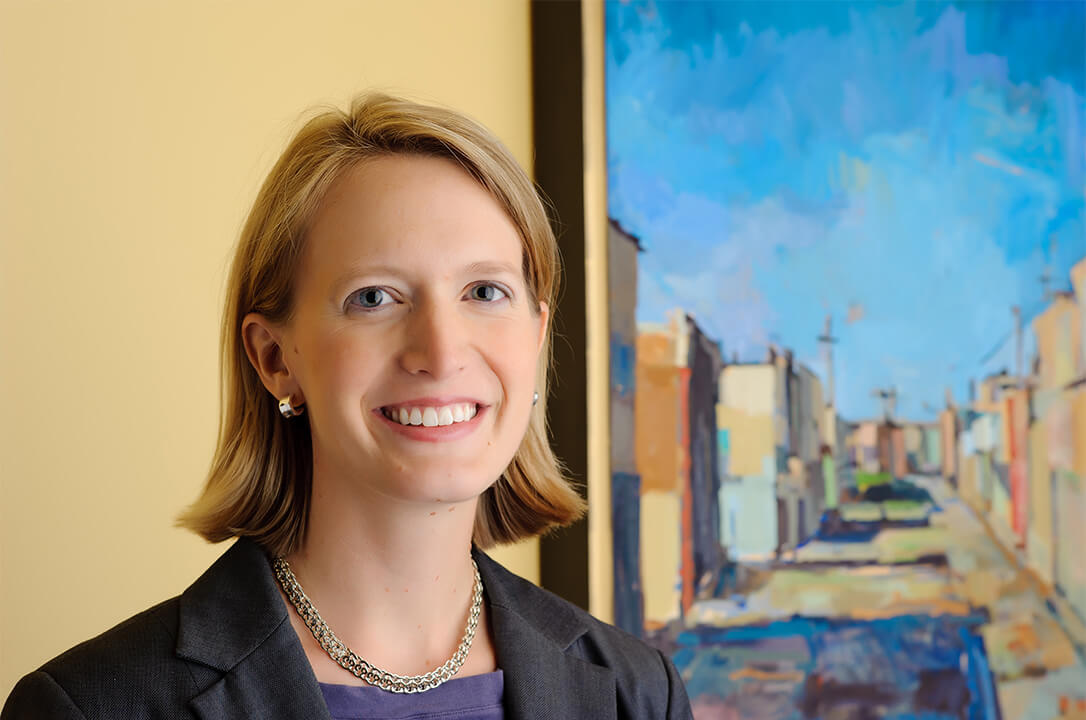 Brooke Lierman’s practice includes workers’ rights litigation, disability rights, Section 1983 litigation, commercial contract disputes, and Randolph-Sheppard Act cases involving blind vendors. Brooke is also part of a team representing blind students in their quest for accessible technology at colleges and universities. Her pro bono activities involve assistance with expungement through the Homeless Persons Representation Project, and, in the past, representation of community associations before the Baltimore Board of Liquor License Commissioners.

Brooke was chosen for a 2017 Aspen-Rodel Fellowship in Public Leadership, which is open by invitation only to emerging political leaders with a reputation for intellect, thoughtfulness, and a commitment to civil dialogue.

In 2014 and again in 2018, Brooke was elected to the Maryland House of Delegates, representing District 46 (Baltimore City). She serves in the General Assembly as a member of the Environment and Transportation Committee and as chair of the Land Use & Ethics Subcommittee.

In 2013, Brooke was selected for Baltimore Magazine‘s “40 Under 40,” a list of 40 top young professionals with the vision and drive to make changes in the region, and in 2014, Brooke was selected to receive The Daily Record’s Leading Women award, given to women who are 40 years of age or younger for the accomplishments they have made so far in their careers.

Prior to joining the firm, Brooke clerked on Maryland’s federal district court for Chief Judge Deborah Chasanow, and before that for her predecessor as Chief Judge, the Honorable Benson Legg.

Before law school, Brooke worked on several local and national political campaigns, including for Paul Wellstone and Howard Dean. She also served as an AmeriCorps VISTA member at The DREAM Program in Burlington, Vermont. In the year before she attended law school, Brooke worked as Special Assistant for National Security at the Center for American Progress in Washington, D.C.

During law school, Brooke was President of the American Constitution Society and worked as a policy advisor to Texas State Senator Rodney Ellis. She also participated in Texas RioGrande Legal Aid’s Housing Law Clinic and interned with the Honorable William Wayne Justice on the U.S. District Court for the Eastern District of Texas.